Election day with Caroline Lucas and the Greens 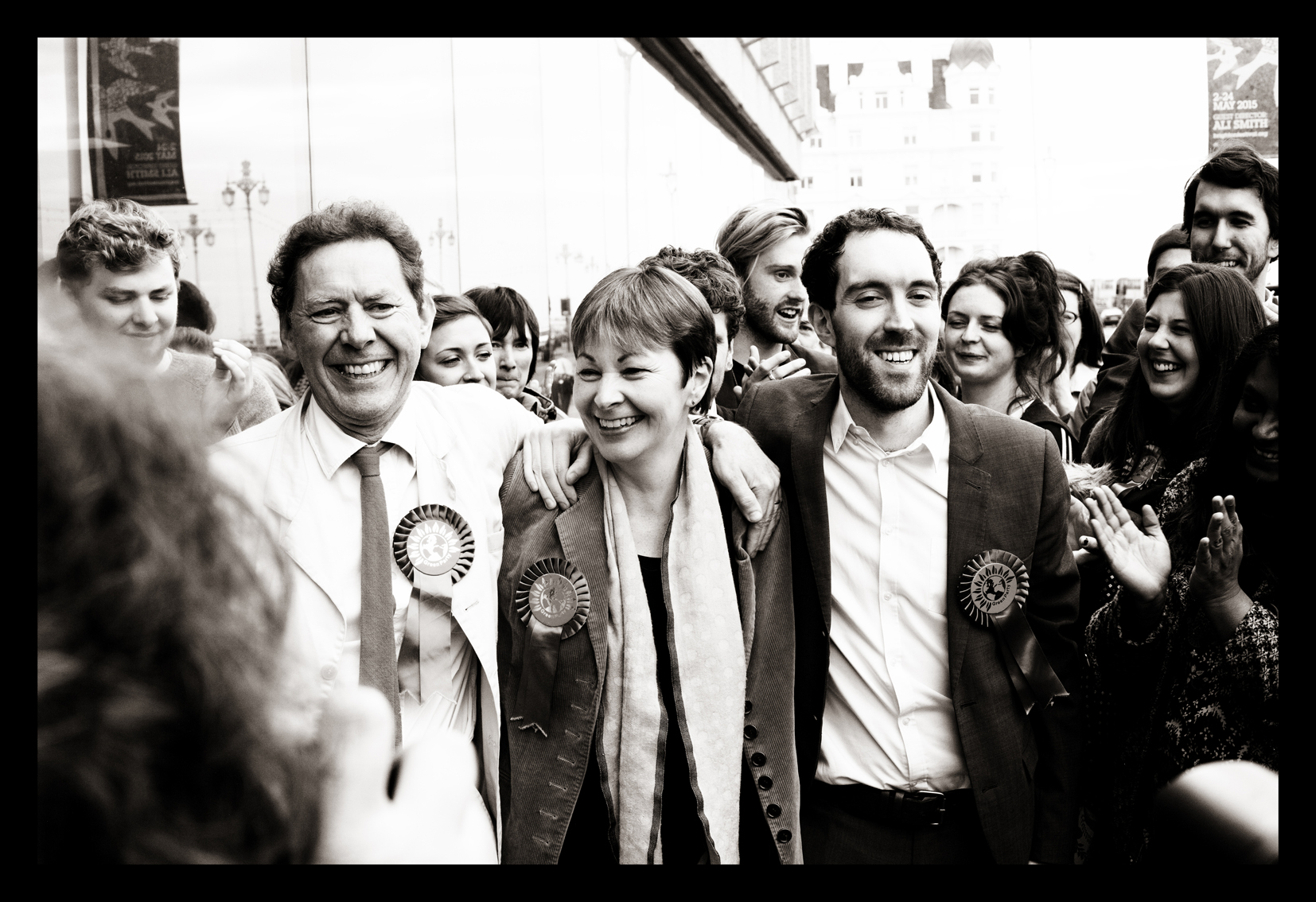 • Caroline and her comms team in the studio working out the best way to fit the right information and imagery into campaign literature.

• Overseeing design compliance and approval with the election commission and print management of multiple leaflets and flyers.

• Jumping on the campaign bus and providing film and photography for social media updates direct from the campaign trail. 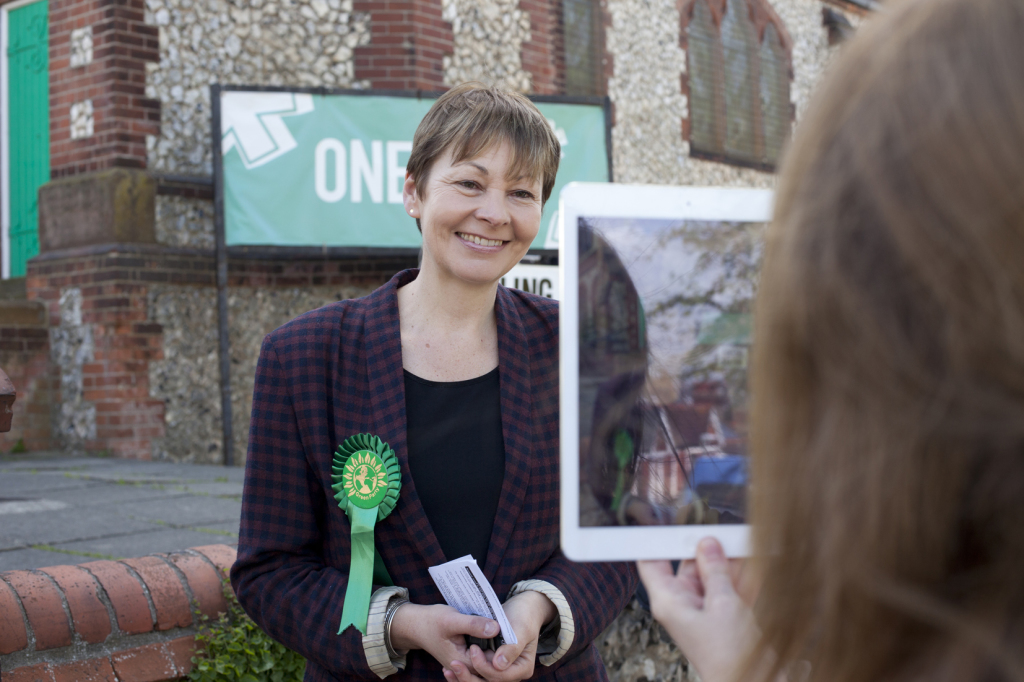 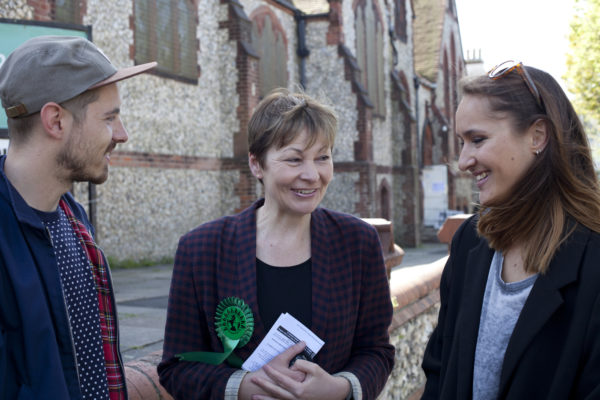 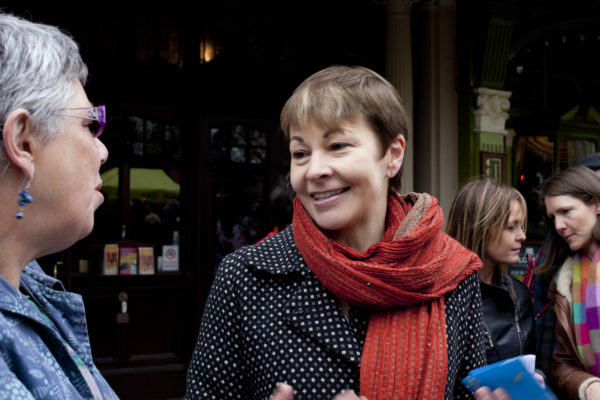 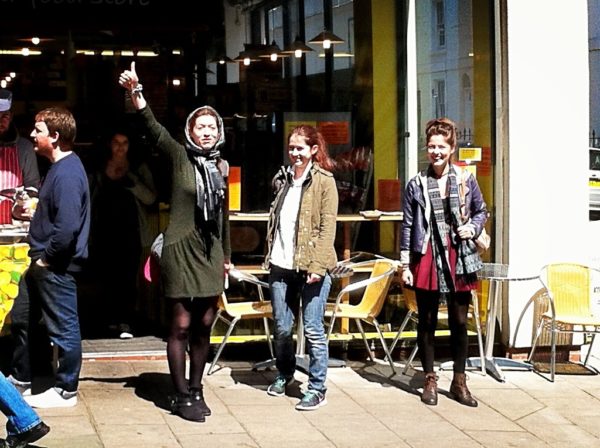 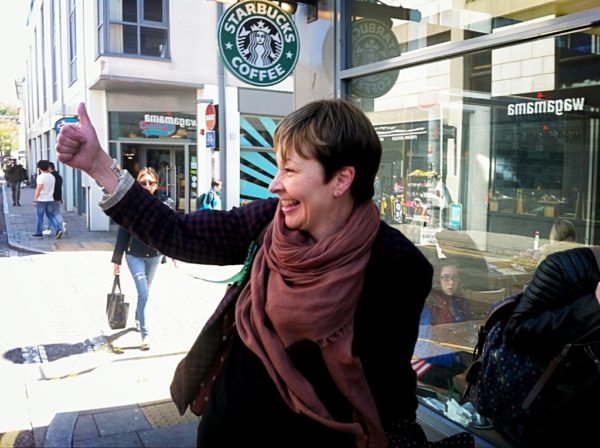 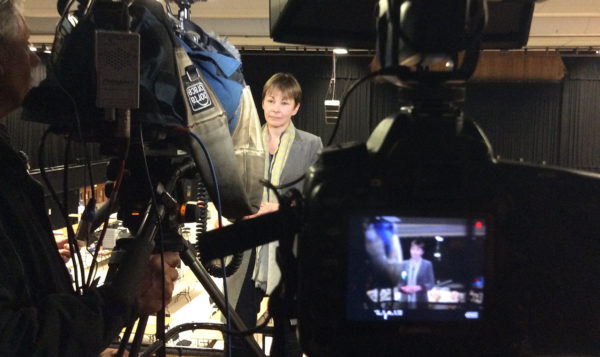 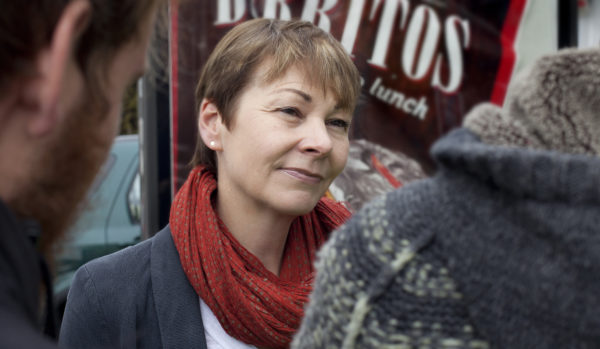 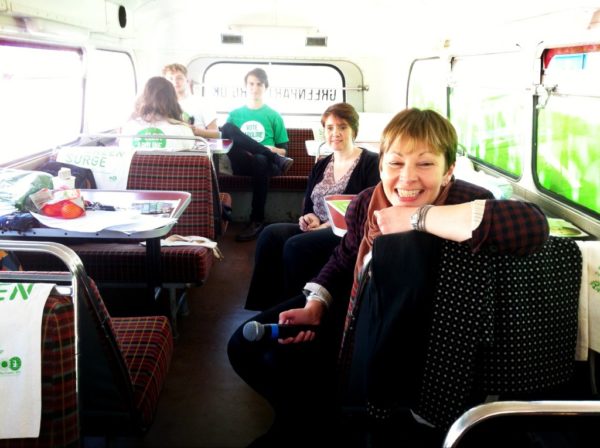 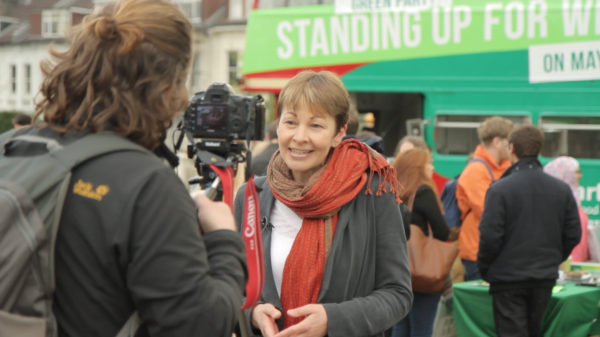 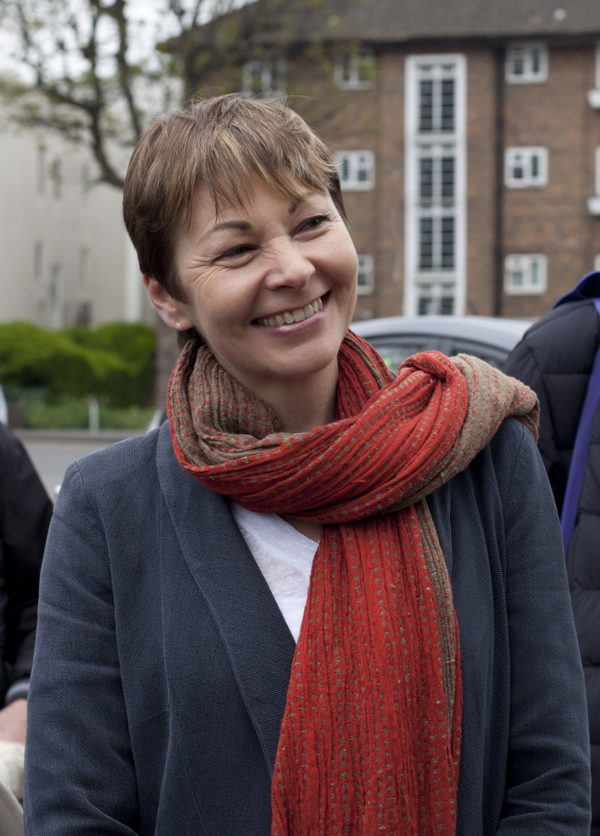 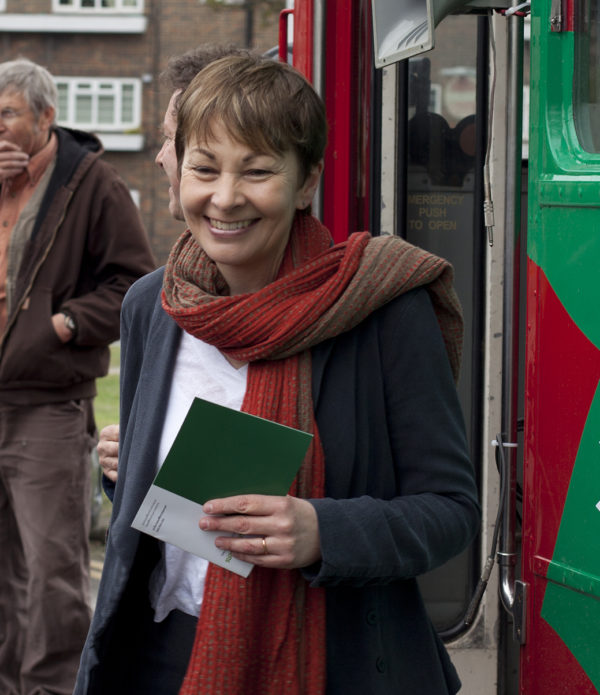 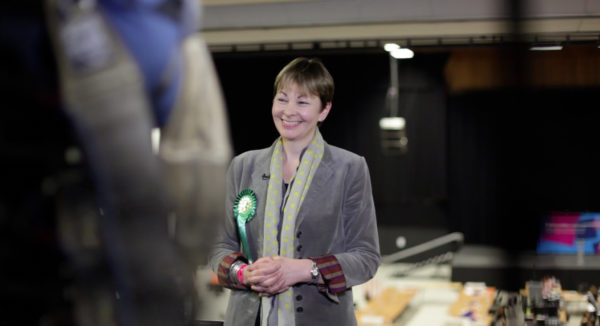 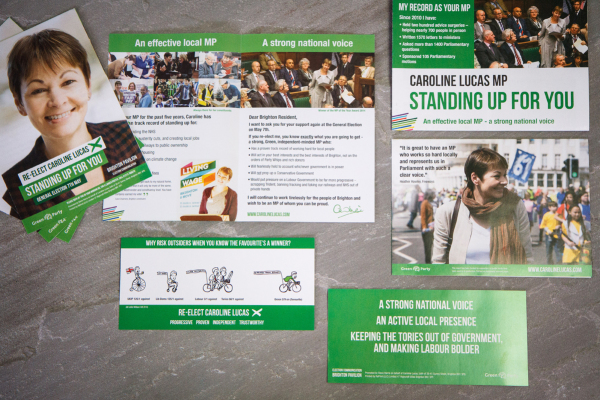 Design for the mail campaign to Re-Elect Caroline Lucas MP

Being obsessed with politics, social justice and positive change it was a dream come true to get the opportunity to meet and work with a local MP and the team around her. There’s a lot of cynicism around the political classes today – most of it well earned. I consider myself political but I’m not a member of any party, I’ve been working in media for over twenty years with all kinds of business giants, media people and celebs so don’t consider myself particularly “starry eyed”. I believe strongly that the political classes should be of the wider society of this country, not the cooky cutter politicians churned out by the party machines, who seem to have rarely ever put a foot in the real world. I was intrigued to see what I’d find and it’s great to be able to report that I found CL to be someone who genuinely believes in making things better for all. She’s smart, committed and dedicated to social improvement – a “real person” in the houses of parliament representing her Brighton ward and fighting for a better world and a better politics. Exactly what I and my friends had been ranting about in bars and over dinner tables for years. While we were all doing that, Caroline was out there, knocking on doors, forming policy, working harder than most to become one of the only MP’s in westminster who is a true representation of the people of this country.