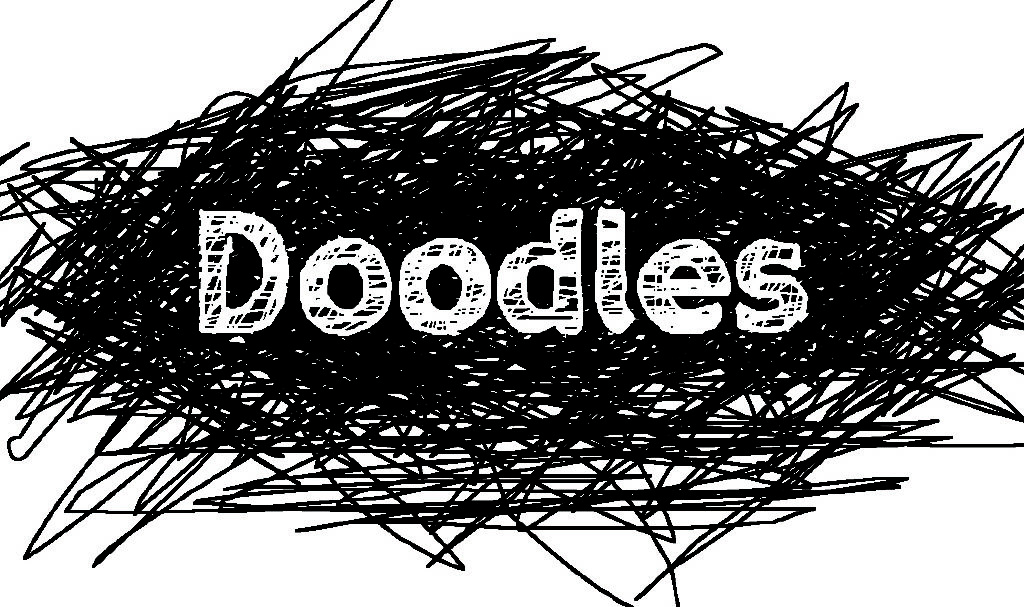 Things that I draw when I’m working or talking on the phone! A selection of doodles that become concept work or storyboards for creative projects. 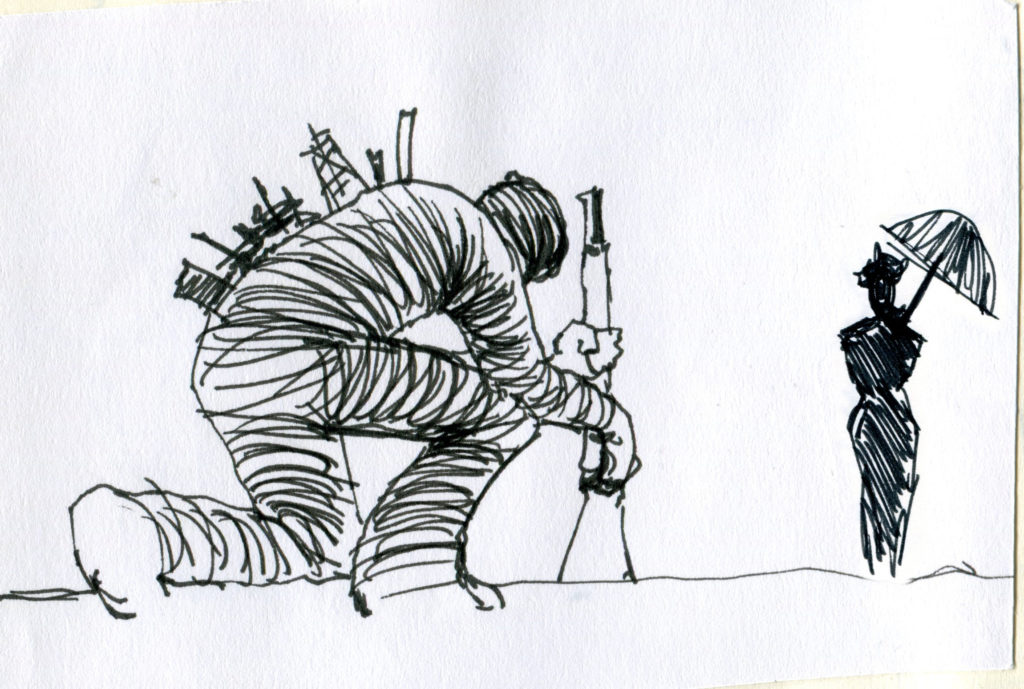 Trying to distill one of my favourite novels into a single image. Joseph Conrad’s hero (representing the working class) carries the survival of the corrupt society on his back, and is laid low by it, whilst coveting Giselle. 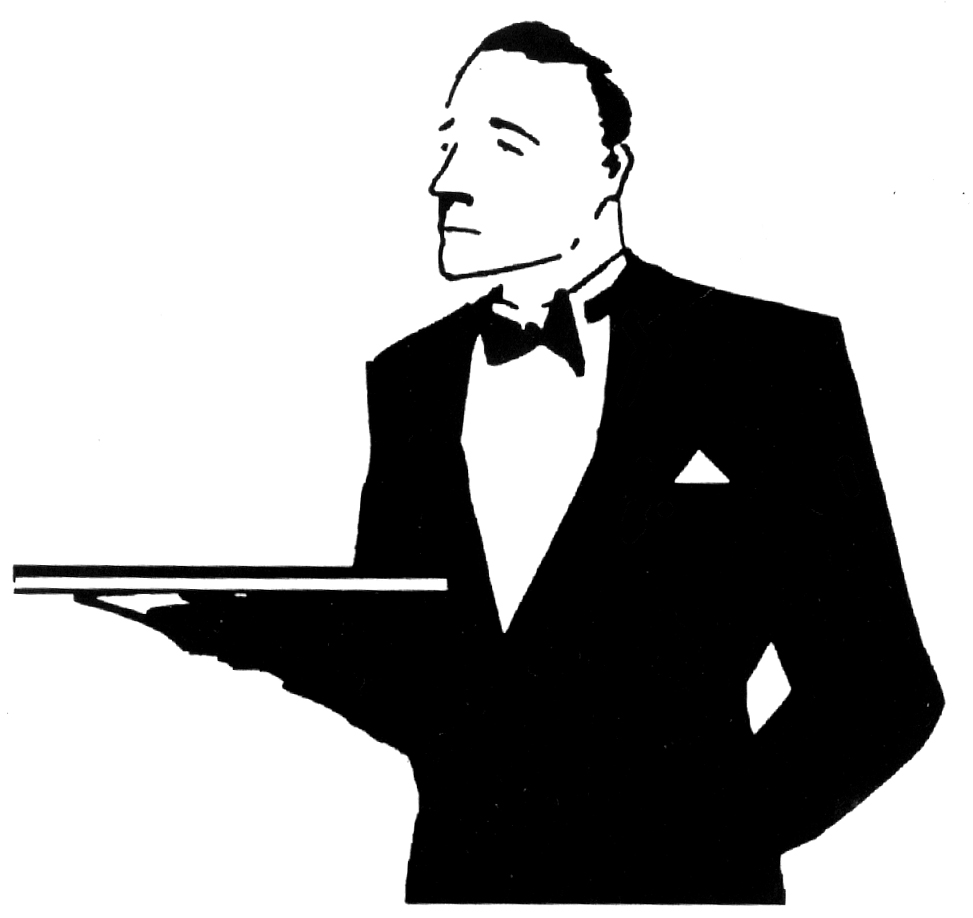 After taking a scalpel to the nib of a magic marker, I drew two quick lines that became eyes, eyebrows and a nose followed in a minute this butler was formed. I was aiming for Noel Coward and this image ended up branding an imported English food company in Santa Barbara, California. 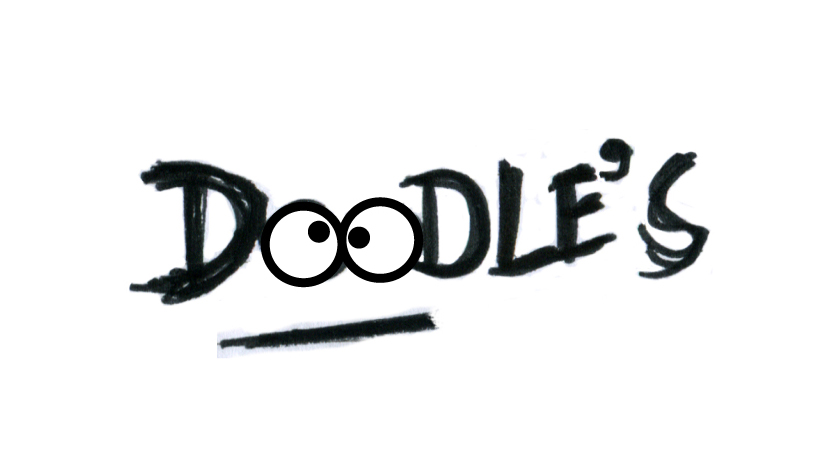 Logo concept for my Doodles brand 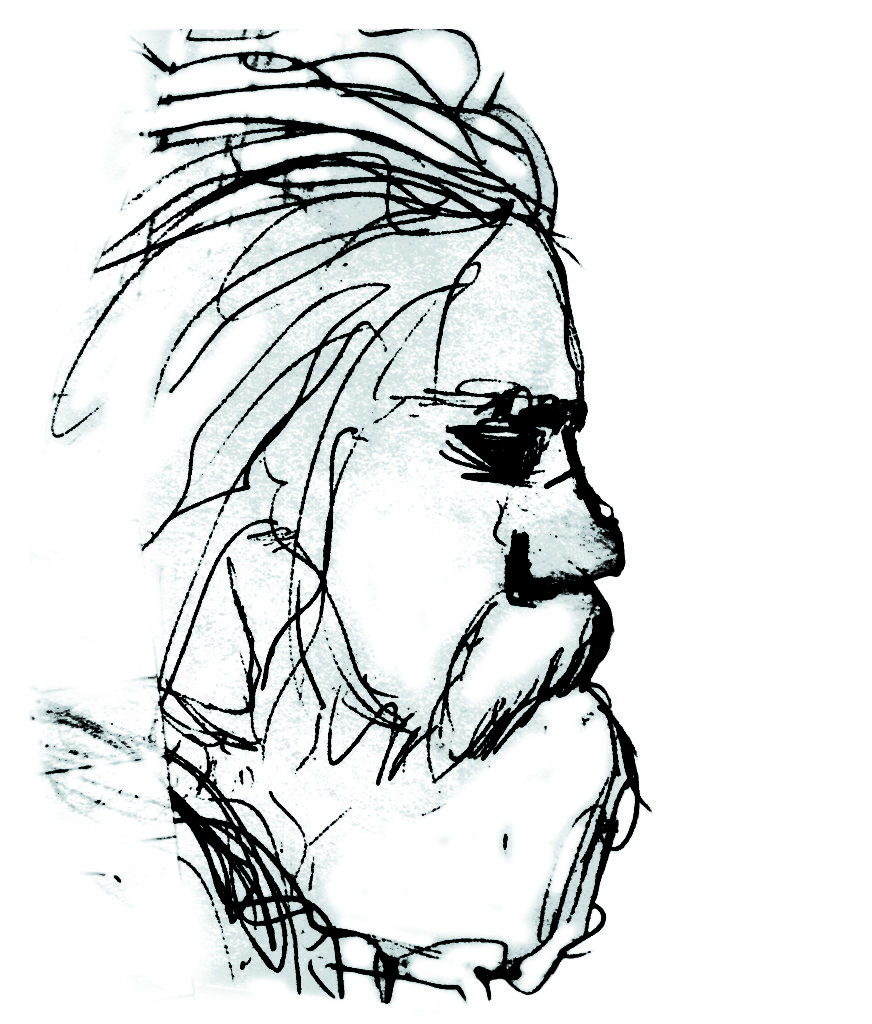 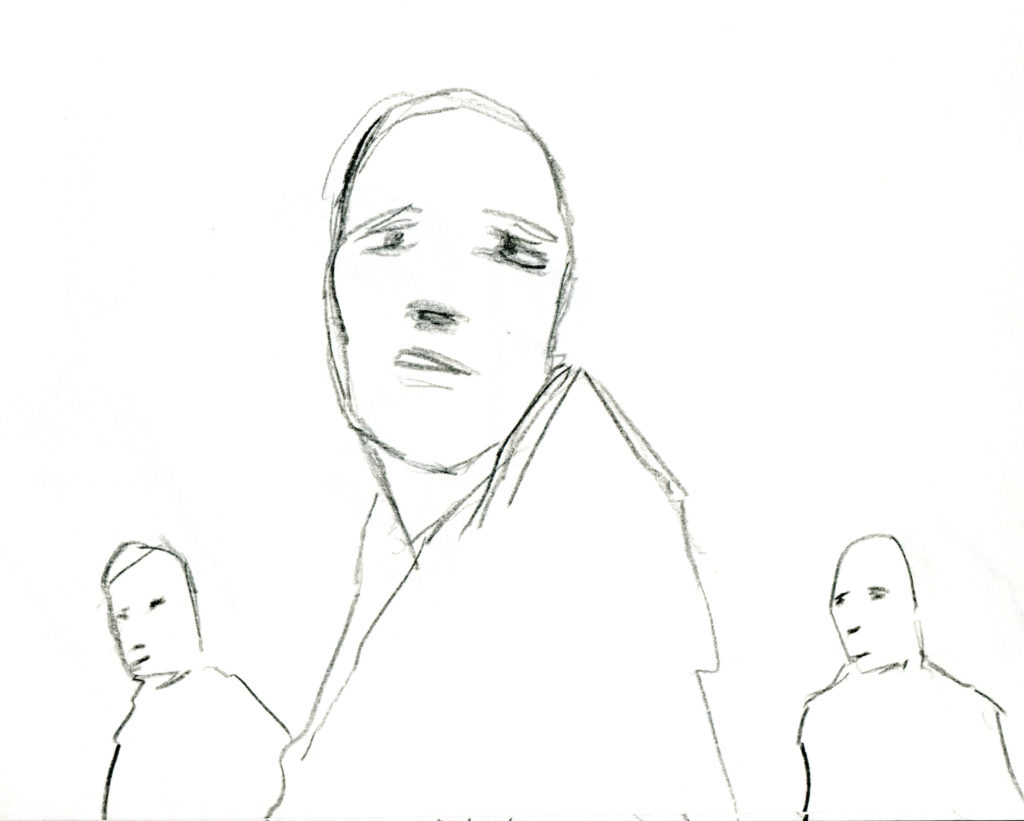 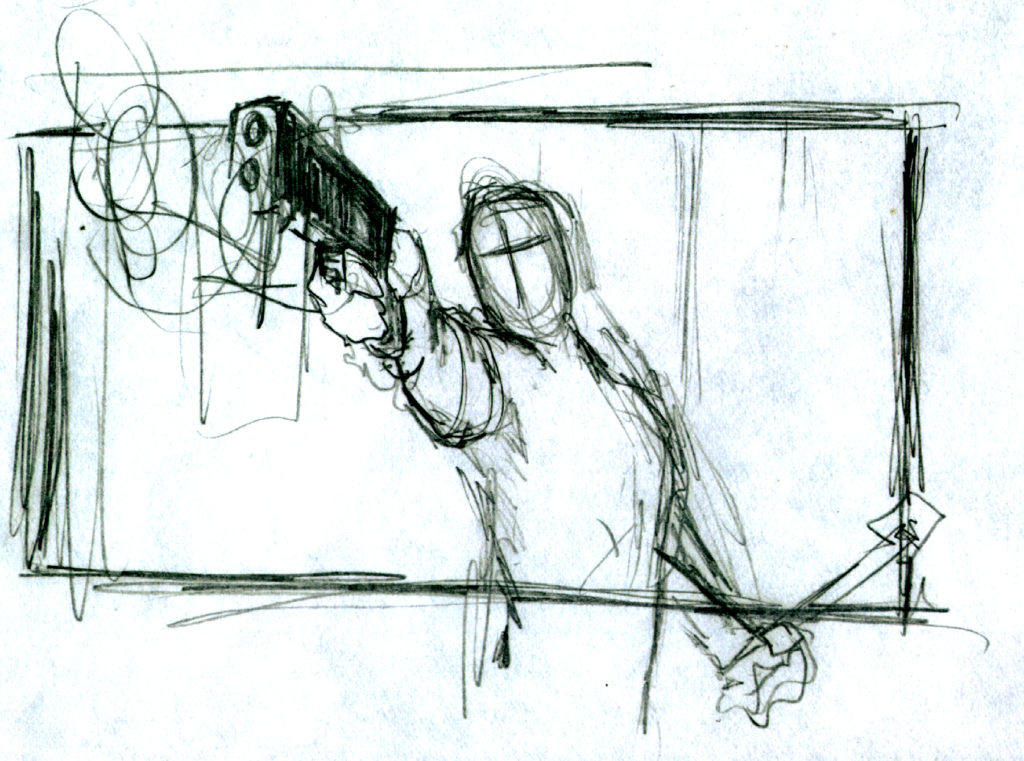 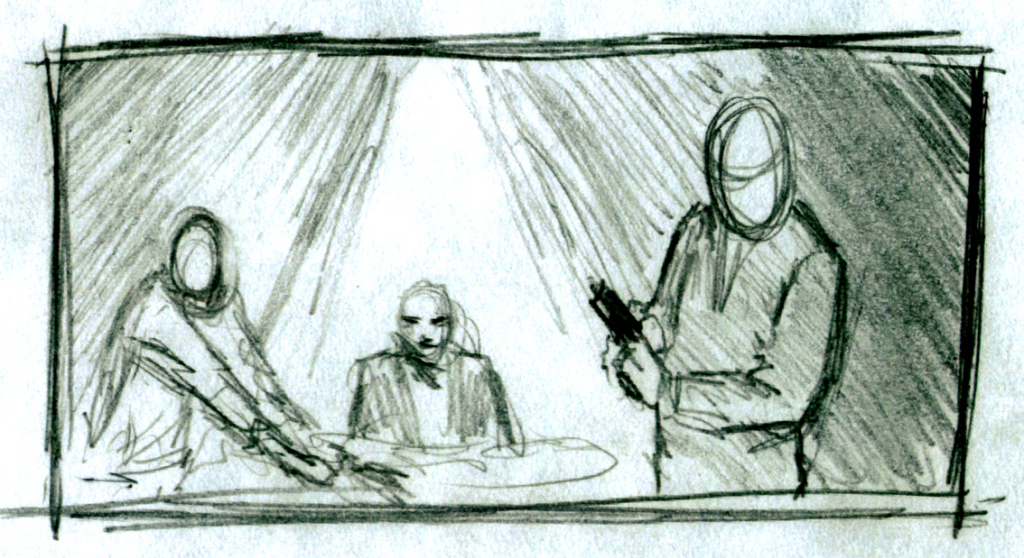 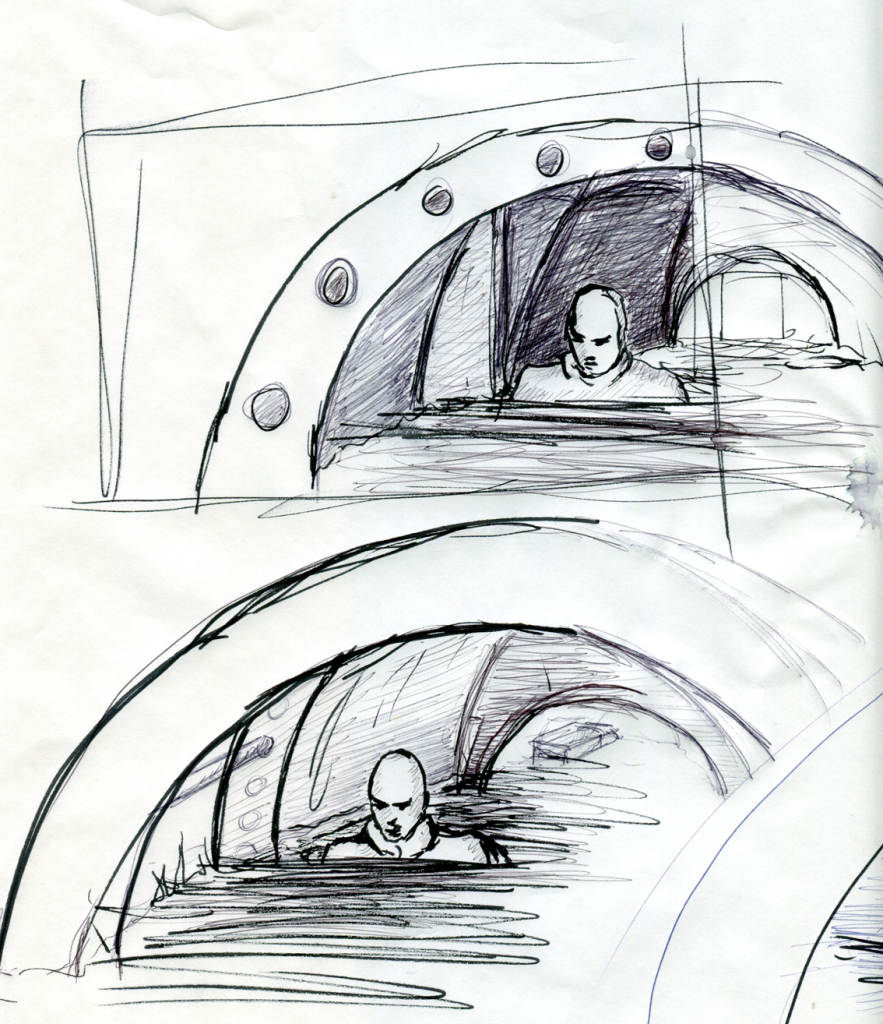 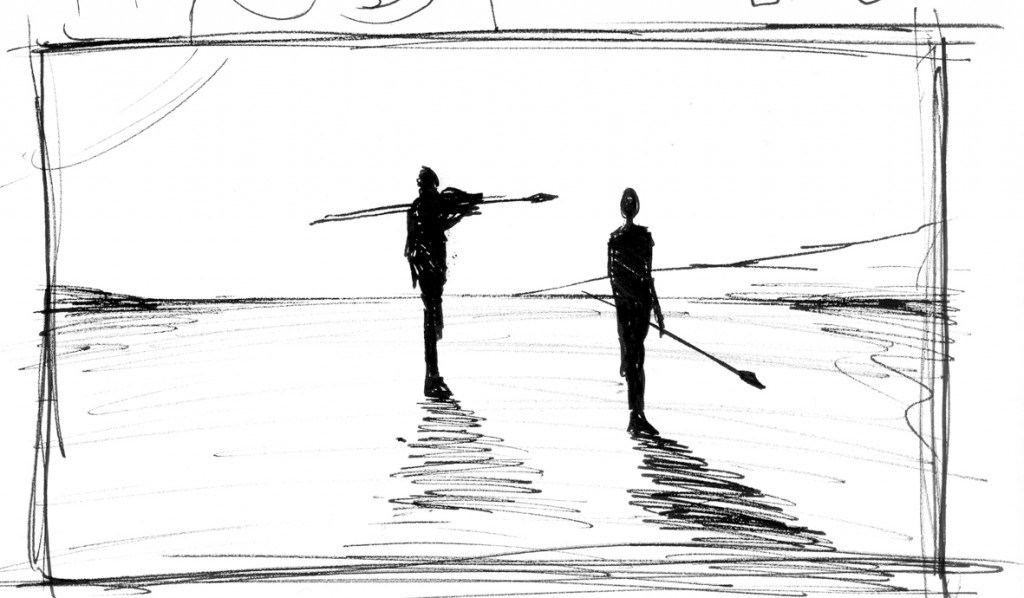 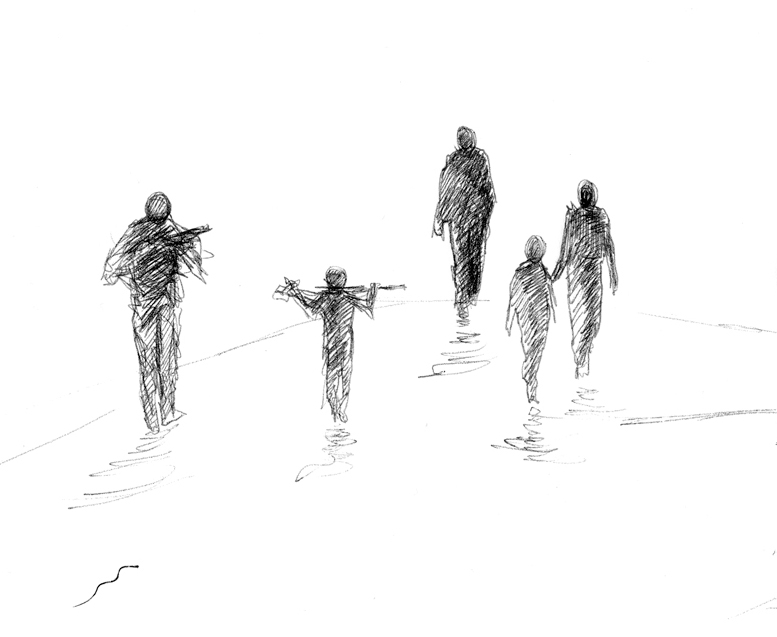 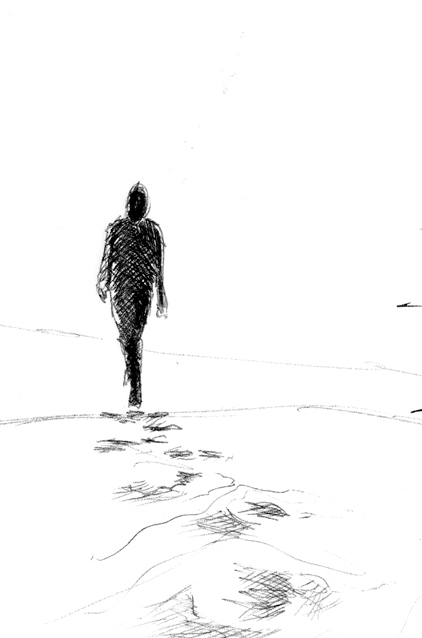 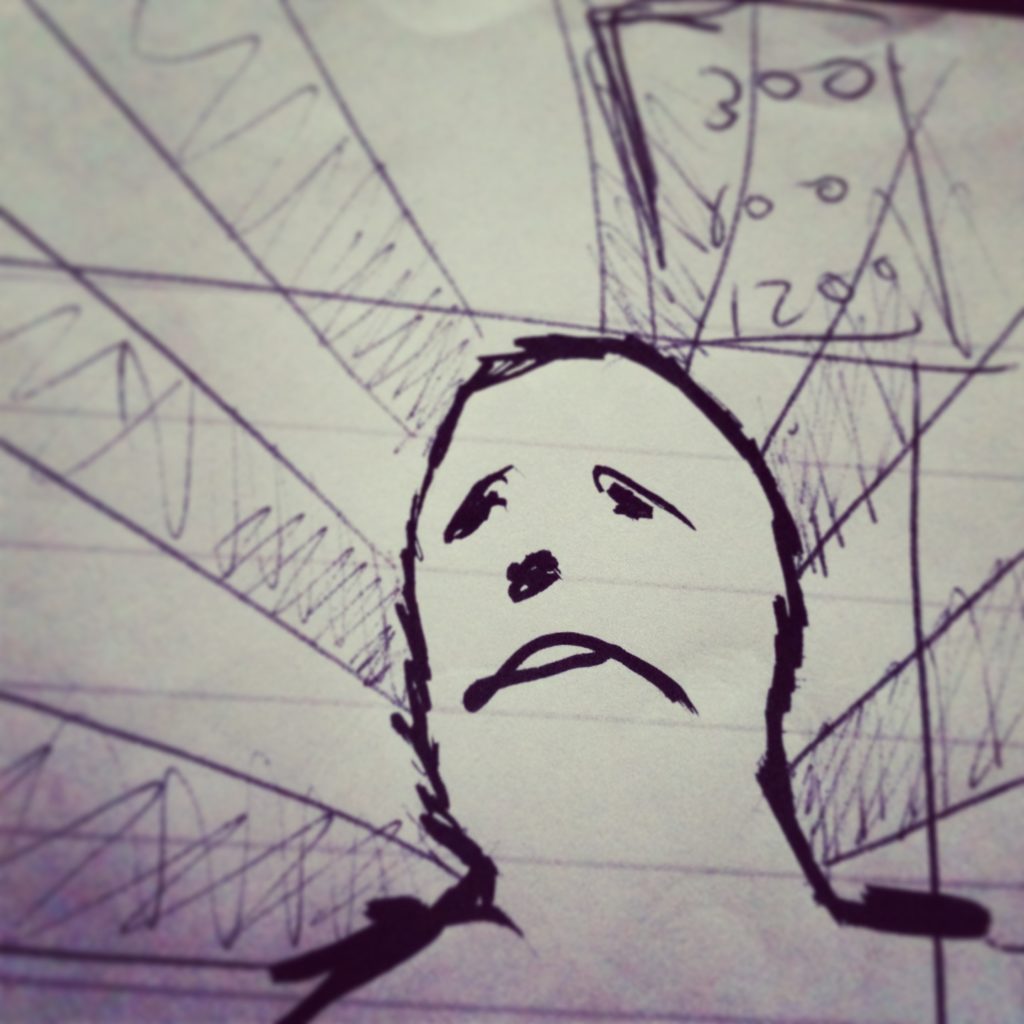 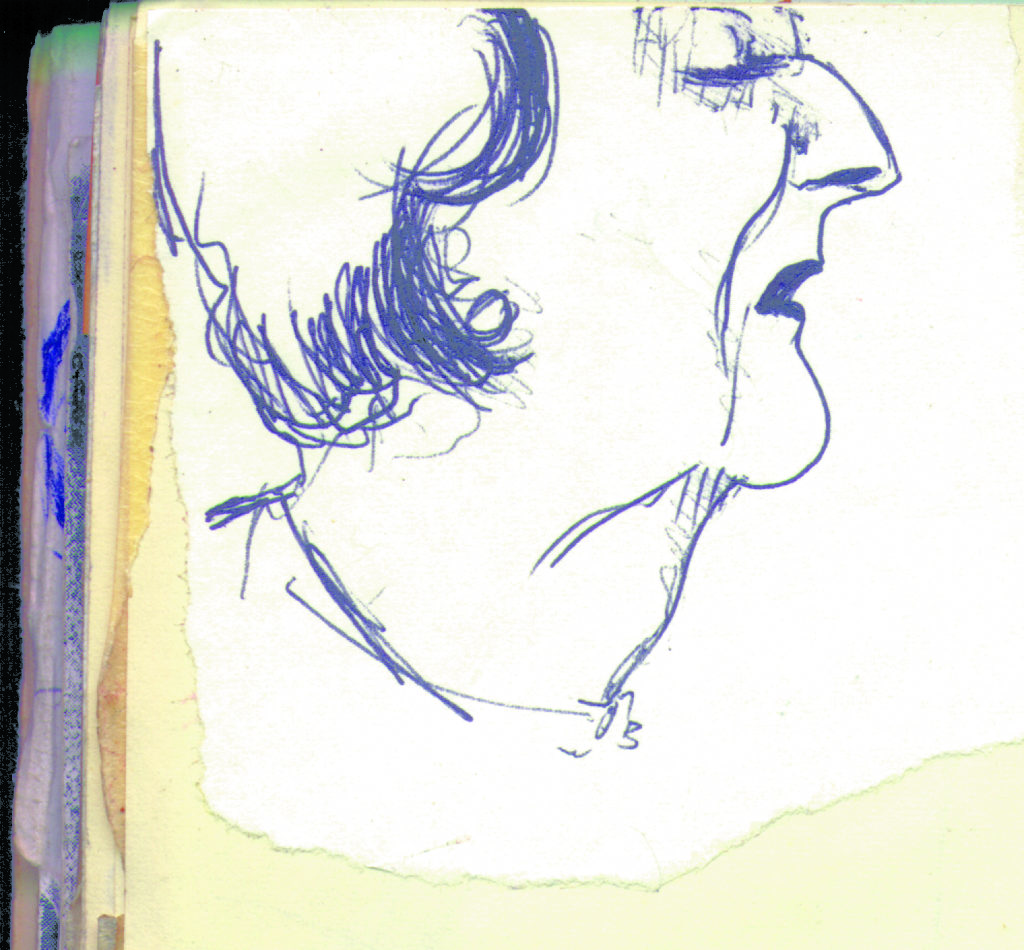 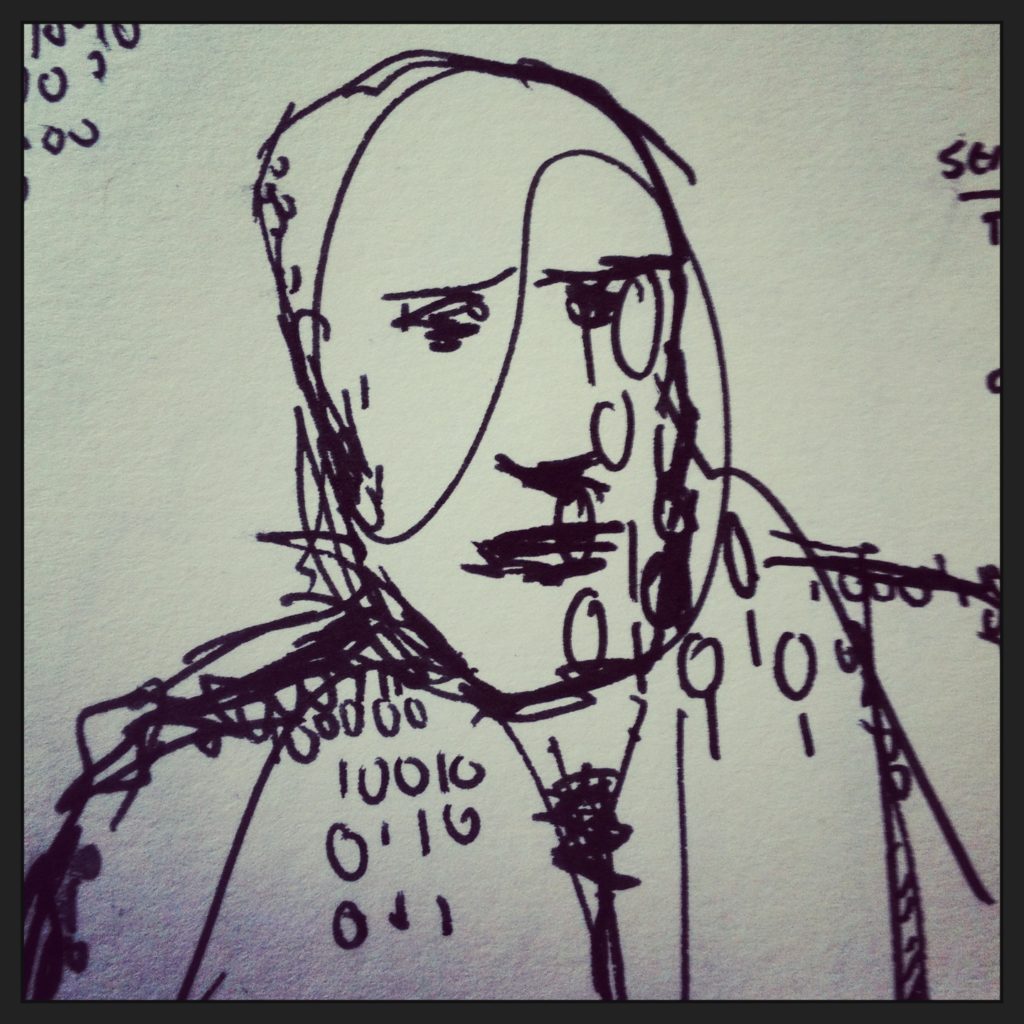 Quick scribbles that turned into a concept for a poster of Alan Turin. All to be made out of binary 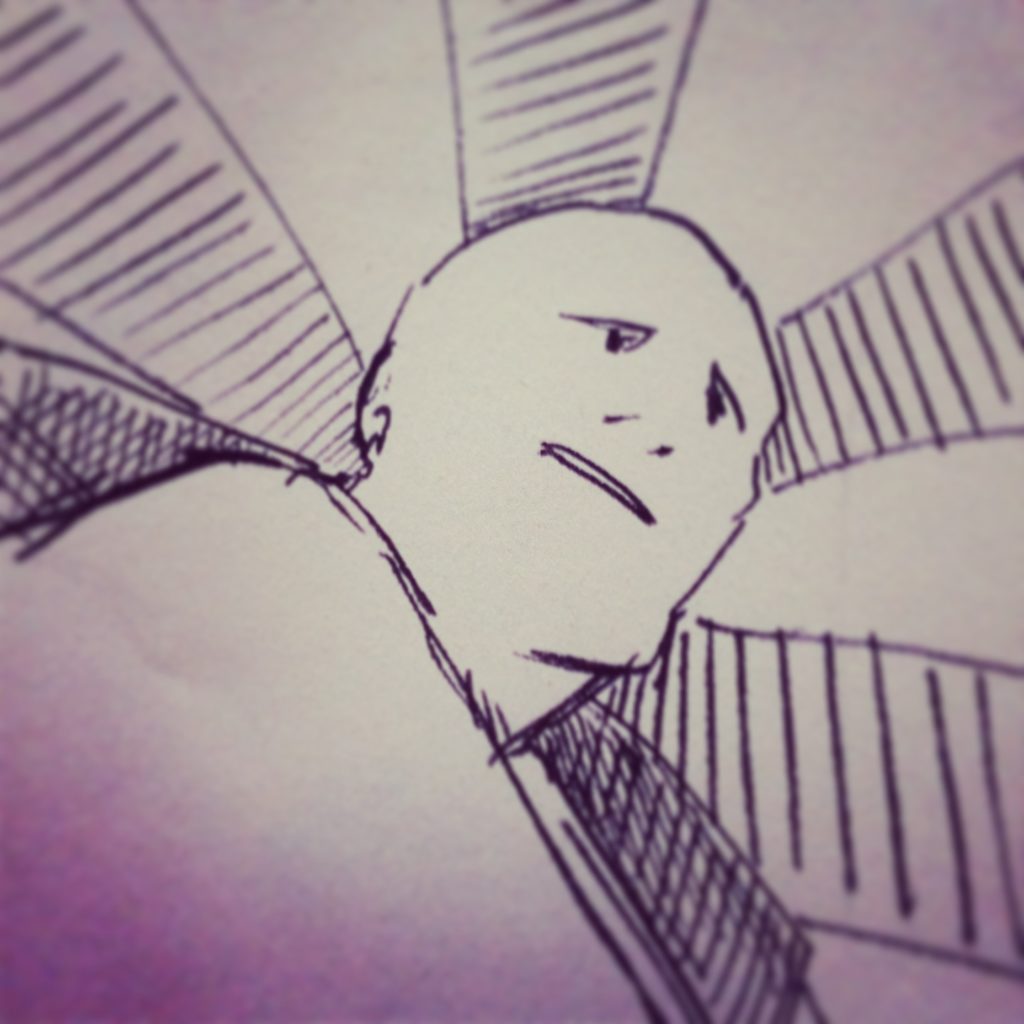 We Do Talent Logo